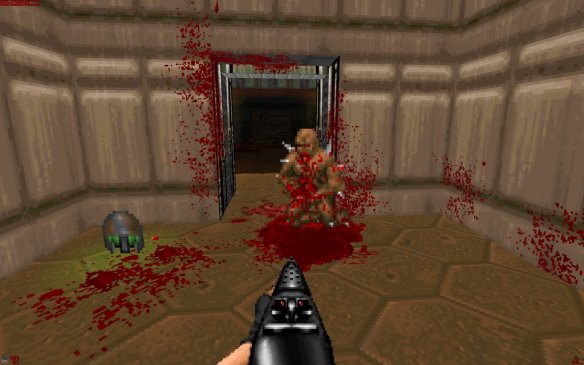 As a rule, I am generally skeptical of fan remakes. Often, the rhetoric around them can perpetuate the already problematic discourse around videogames that conflates ‘more’ with ‘better’. The kind of discourse that assumes if a game has more polygons or more gameplay or more features or more levels or more stuff then it must be better than a game with less stuff. This is the games-as-content-buckets approach mixed with a technological progressivism that sees game design on this linear trajectory of continual improvement where new games will always be better than old games. Fan remakes often fall into this discourse uncritically: what if Link to the Past came out on the WiiU? What if Super Mario Bros was made in the Unreal engine? It’s this general idea that games are continually held back by the technology we don’t have yet, and with better technology we can finally fix these games. Of course, this is also the source of the excitement behind Final Fantasy VII’s official remake: now, at last, we can see Midgar for what it really is.

But somehow Brutal Doom avoids this. A mod for the original Doom that adds kicking, mouse movement, iron sights, new lighting effects, and a whole range of other features, somehow Brutal Doom doesn’t feel like an attempt to make a ‘newer’ Doom. Instead, despite the addition of all this extra stuff, it feels like an amplification of a core Doom-ness. This is Doom made Doomier. END_OF_DOCUMENT_TOKEN_TO_BE_REPLACED